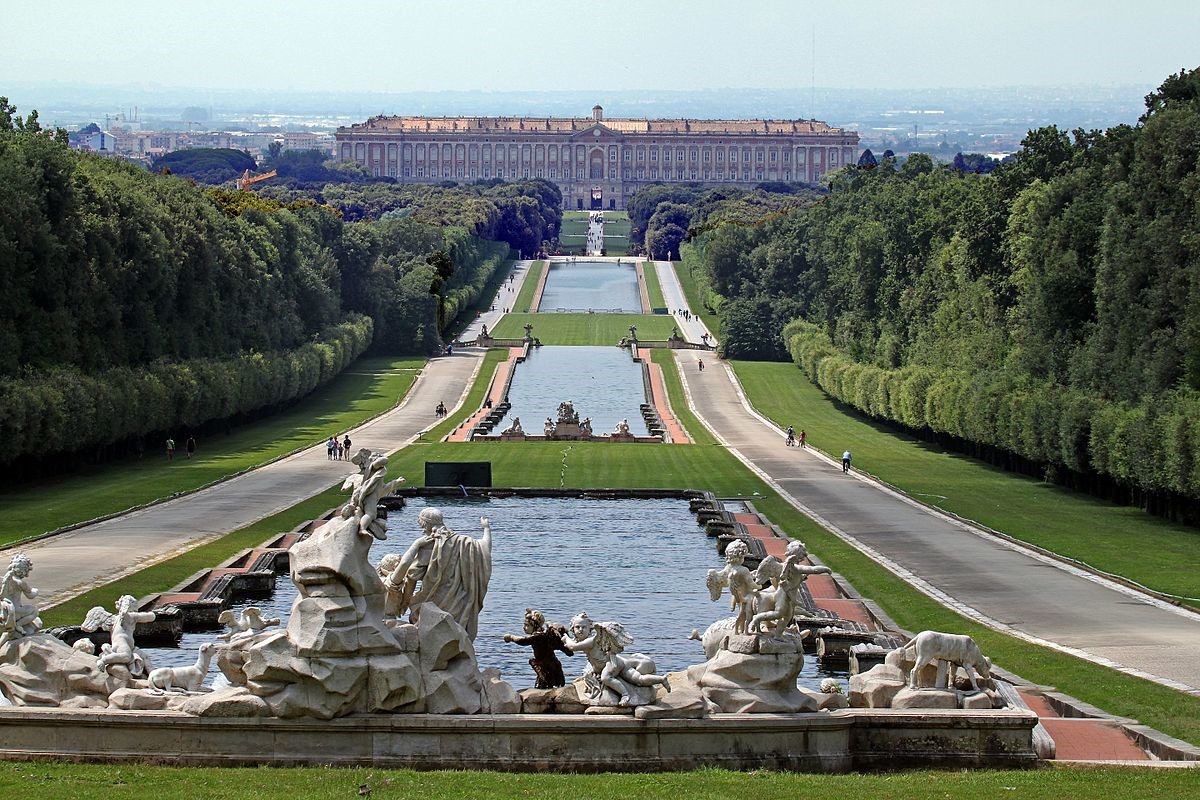 Everyone knows how glorious Italian architecture is. From Venice’s pastel-colored canal-side buildings to the Florence Cathedral, Rome’s Colosseum, Leaning Tower of Pisa and Milan Duomo, Italy’s buildings are among the world’s greatest, without question. In addition to those well-known landmarks, there’s another amazing structure that’s well worth visiting: Caserta Royal Palace.

Located just 200 kilometers southeast of Rome and a quick northbound jaunt from Naples, this magnificent edifice is less known than Italy’s other world-renowned buildings. Yet, it is absolutely phenomenal, a spectacular record-holding building that makes for one of the best day trips from Rome.

Here are a handful of fun facts of Caserta Royal Palace. All of them prove its marvelousness, sheer beauty, imposing appearance and amazing potential for day trips outside of Rome.

This rectangular palace is by far the largest royal palace by volume on Earth. It’s positively enormous, larger than 2 million cubic meters. In terms of surface area and measurements, too, Castera Palace is gigantic.

This palace has five floors and no fewer than 1,200 rooms, which include a well-stocked library, more than 20 state departments and even a theater. It also has four large inner courts, a feature praised by scholars for its atmosphere of monumental dignity, which was unique when it was built in the 18th century. This certainly makes it one of the best destinations for day trips from Rome

It Greatly Resembles the Palace of Versailles in Paris

Many royal residences have been inspired by the Palace of Versailles over the centuries. However, it’s the Royal Palace of Caserta that resembles Versailles most. There are numerous similarities.

Noticeable examples include the monotonous facade, the large aqueduct providing water for the myriad water features, the continuous skyline balustrade, and the sheer grandeur of both its exterior and interior. In fact, Caserta’s palace even beats Versailles in some numbers, particularly with its 40 imposing rooms that are entirely decorated with frescoes (Versailles only has 22 of those!).

The neoclassical architectural style of Caserta Royal Palace and its resemblance to the Vatican are the main reasons it’s featured in several popular movies. The most famous examples are Angels and Demons, Mission Impossible III and even Star Wars, in which it served as Naboo Royal Palace.

So, film fans will definitely consider this one of the best day trips from Rome.

There Is a Huge and Spectacular Landscaped Park

The sprawling gardens of Caserta Royal Palace were also inspired by those at Versailles. This park lies behind the palace and stretches out along a long promenade featuring cascades and fountains. The latter are some of the most striking features of this park. There are manicured lawns, woodlands, an English garden and a botanical garden.

This extraordinary historical palace has been a UNESCO World Heritage Site since 1997. The short description on the UNESCO website really says it all:

“The monumental complex at Caserta, created by the Bourbon king Charles III in the mid-18th century to rival Versailles and the Royal Palace in Madrid, is exceptional for the way in which it brings together a magnificent palace with its park and gardens, as well as natural woodland, hunting lodges and a silk factory. It is an eloquent expression of the Enlightenment in material form, integrated into, rather than imposed on, its natural setting.”

So, it’s not hard to see why Caserta Royal Palace would be one of the best day trips from Rome. We even have a tour dedicated entirely to this majestic palace. Participants will travel from Rome to Caserta by high-speed train, after which an expert guide will guide them around the palace and gardens on a magical and memorable tour.

You can find all information about our Caserta Royal Palace Day Trip from Rome Tour, such as duration, prices, days and times, and itinerary details, on this tour page.

Olive oil tour from Rome: your next fantastic day trip in the Sabina Region

A country known for its amazing cuisine, including world-conquering food…

Wonderful Orvieto: What You Should See on a Day Trip from Rome

A small city in Umbria, Orvieto makes for a great…

Of all short tours you can do from the Italian…