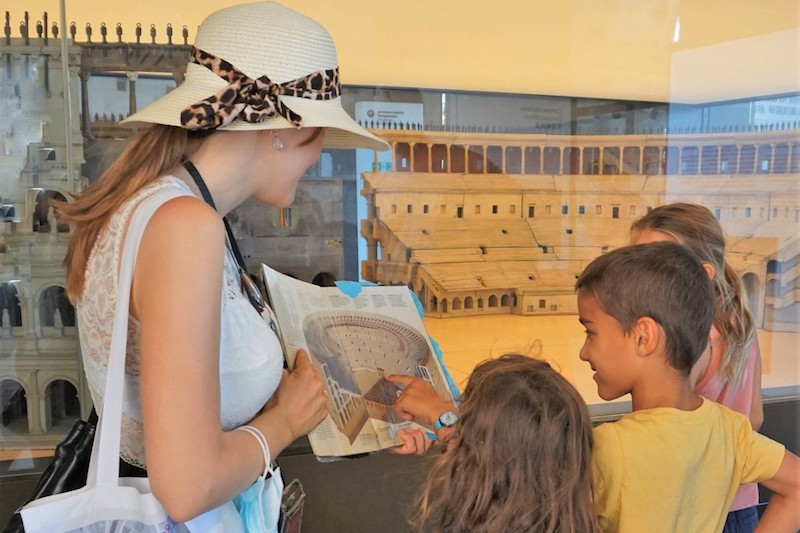 With its over 2000 years of history, Rome is still able to show us with great splendor the traces of its ancient past, thanks to its monuments, tours, itineraries, events and exhibitions available in the city.

It is certainly no coincidence that Rome continues to attract visitors from all over the world. Italy’s wonderful capital is more than rich in archaeological sites and cultural landmarks that will never stop to surprise us.

Do you want to discover Rome in a fun and entertaining way with your family? Here are some weird fun facts about the world of Ancient Rome for families.

10 fun and interesting facts about Ancient Rome for families

1# The bride in the arms of the groom

According to the tradition, the newlyweds can cross the threshold of the house only if the groom carries the bride in his arms. This typical element of Italian superstition dates back to the times of Ancient Rome: at that time it was thought that evil spirits could only enter the house by attaching themselves to the bride’s shoes and that if the bride stumbled on the doorstep it was a sign that she was not welcomed by the household deities.

If you’re planning to visit the Pantheon in Rome, there’s no better time to come here during spring and particularly around April 21st. On this date, we celebrate Rome’s birthday or “Dies Romana”, in memory of its foundation back in 753 BC. On April 21st the sun rays at noon fall vertically through the dome of the Pantheon and shine upon the entrance to the temple with an extremely impressive beam of light. In the days of Ancient Rome, emperors chose this day to hold the most important ceremonies in the building, to show the people that God Apollo, the God of the Sun, sent them to earth to rule over all.

It may seem strange to think this compared to nowadays, but even Ancient Romans owed to climate change (albeit minimal). According to a recent research published in New Scientist, Ancient Romans were responsible for creating polluting emissions due to deforestation and heating in the cities (of course at levels not even remotely comparable to nowadays).

If cutting the beard for the first time is still a significant moment for boys, it is also due to the Roman tradition known as “Depositio barbae”. The cutting of the first beard was among the Ancient Romans an extremely solemn initiation rite that marked the transition from adolescence to youth. The freshly cut “beard” (called “lanugo”) was kept in containers of different materials depending on the wealth of the family and offered to the gods.

5# The number 17 brings bad luck because…

The number 17 has always been considered an unlucky number but do you know why? According to the Roman Numbering System, 17 is written XVII, which if you anagrammatize it, it leads to the word VIXI, that is “vissi”, “I lived”. This term was written on the tombs at the time of Ancient Rome, following the negative meaning of the number 17.

Although we take it for granted now, the main vestiges of Ancient Rome came to light during the first excavation project, which did not begin until the late 1800s. Among the first systematic excavations, those concerning the Roman Forum (1898-1915) and the Palatine (from 1907) followed by the excavation at the archaeological complex of Largo di Torre Argentina (1926-1928) were the main ones.

In previous centuries, however, especially since the Renaissance, several archaeological investigations had been carried out in the heart of Ancient Rome, but still without a systematic-scientific approach.

In addition to being a fascinating archaeological area, Largo di Torre Argentina is particularly known to lovers of four-legged friends for hosting the most famous feline colony in Italy, now managed by volunteers.

The colony of Torre Argentina is one of the stops on our exciting Tour of Rome designed for families with children!

8# Tour of the Seven Churches

If you’re visiting Rome, you’re bound to hear the expression “going around the seven churches” which jokingly refers to a long route. Since the early Christian era, in fact, the most devout pilgrims made a loop route of about 12 miles that touched some main churches in Rome.

The itinerary was relaunched and consolidated in the ‘500 by the will St. Philip Neri and it included the four Papal Basilicas (St. Peter, St. John, St. Mary Major and St. Paul Outside the Walls) and the churches of Santa Croce in Jerusalem, San Lorenzo outside the Walls and San Sebastiano outside the Walls.

Even in the times of Ancient Romans, among the beverages offered to guests at the end of the meal, there was mulled wine, today a typical winter beverage. “Conditum paradoxum” – as mulled wine was called at that time – did not have exactly the taste of cloves and cinnamon we can imagine: according to “De Re Coquinaria” by Marco Gavio Apicio, they added a good quantity of honey to the wine, warmed and flavored with spices such as spikenard leaves, pepper, saffron and dates.

In order to learn more about Roman cooking in ancient times, we suggest you a visit to the new Museum of Cooking in Rome “Garum”!

In ancient times, there was already a holiday in December that was later replaced by Christian Christmas. This was the Saturnalia, a holiday dedicated to the God Saturn that took place in the second half of December, with an exchange of gifts – the “strennae” – and a funny reversal of social roles: during the party even slaves could pretend to be free men and behave as such. Although, the party had a religious connotation rather than social. 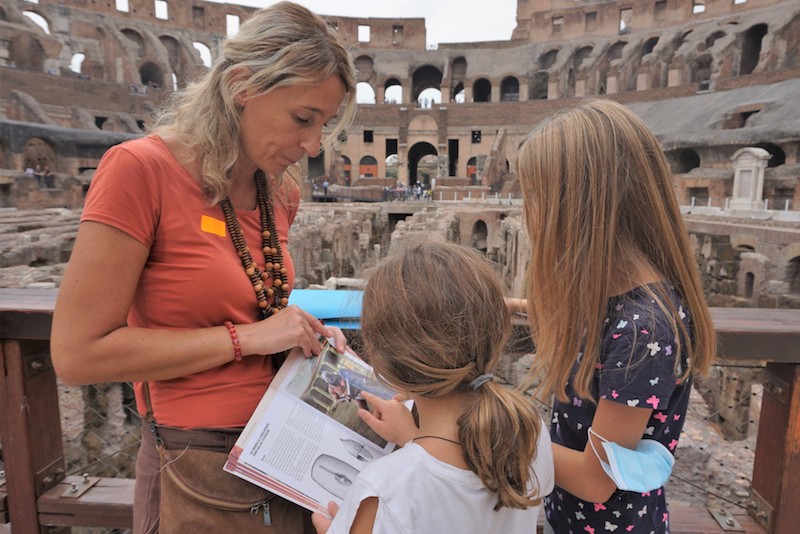 Explore Ancient Rome for families with You Local Rome!

Hidden between two normal buildings or even above a store sign, Rome hides the vestiges and traces of a millenary past that never stops to fascinate visitors of all ages. Ancient Rome for families has so much to offer that if you really want to visit it at its best, we suggest you ask for advice to the best tour operator in town! ?

Rome With Kids: the 12 Best Things To Do according to Locals

From theme parks to kid-friendly museums and activities, we at…

Inspiring Rome family tours to experience the Eternal City with…

Among the top Rome family tours, St. Peter’s Basilica and…