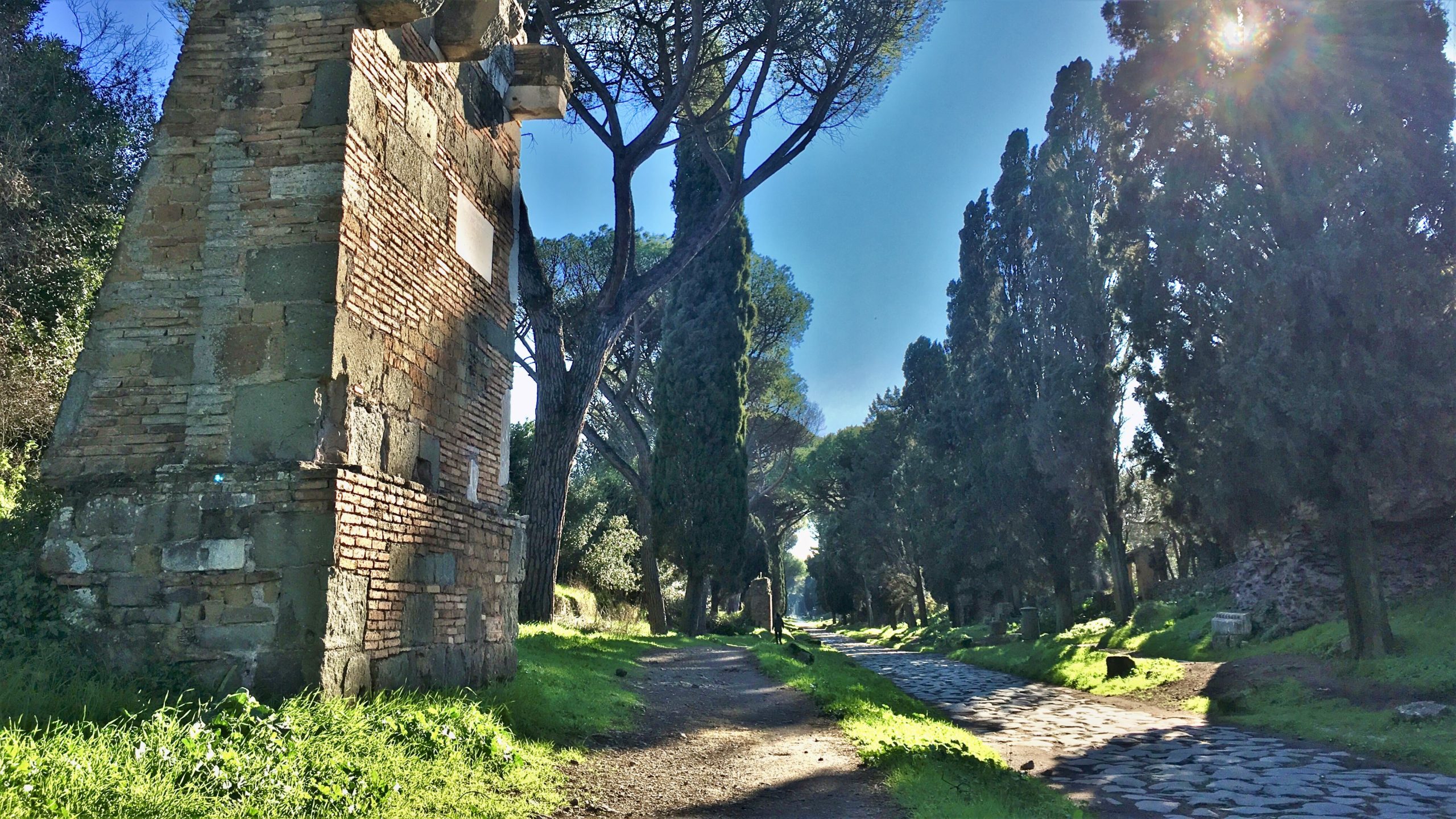 The Appian Way Regional Park (Appia Antica) is one of our favorite places, and it’s a unique way to discover Rome for families: outdoor activities, long fresh walks and ancient attractions. It boasts enchanted nature and evokes timeless poetry. It tells a very exciting and adventurous story, the history of Rome.

Let’s discover it together!

The Appian Way is the ancient road that led Rome to the conquest of Southern Italy, first, and then of the Middle East.

With grandness, it crossed the Latium Vetus (the ancient Latium south of Rome), passed through Campania and reached Apulia to connect the Eternal City with its main port on the Adriatic Sea: Brundisium (Brindisi).

The path of the Appian Way, also known as Regina Viarumis (the Queen of the streets), is therefore dotted with precious archaeological vestiges, that make this way exciting and adventurous for children.

Since the 19th century, archaeologists and intellectuals have become aware of its fragility and have struggled to protect this precious heritage from the advance of uncontrolled urbanization.

Preservations and restoration measures have taken place in the following decades, until the most important milestone was set: the institution of Appia Antica Regional Park took place in 1988.

The park has gradually expanded over the next thirty years, and now it embraces an area of over 4,500 hectares enclosing the towns of Rome, Ciampino and Marino. 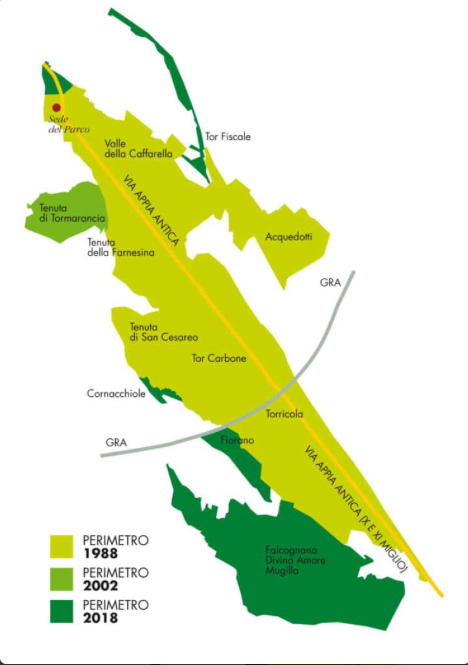 The enlargement stages of Appia Antica Regional Park over the years (source: www.parcoappiaantica.it)

So, in addition to the first stretch of the Appian Way, many other areas are now part of the Regional Park.

Let’s retrace its route together!

The Appian Way stands out as the central and most precious core of the whole park. It is possible to walk about ten miles along the ancient route, and in several places you can have the chance to step on the ancient Roman paving. A truly unique experience! 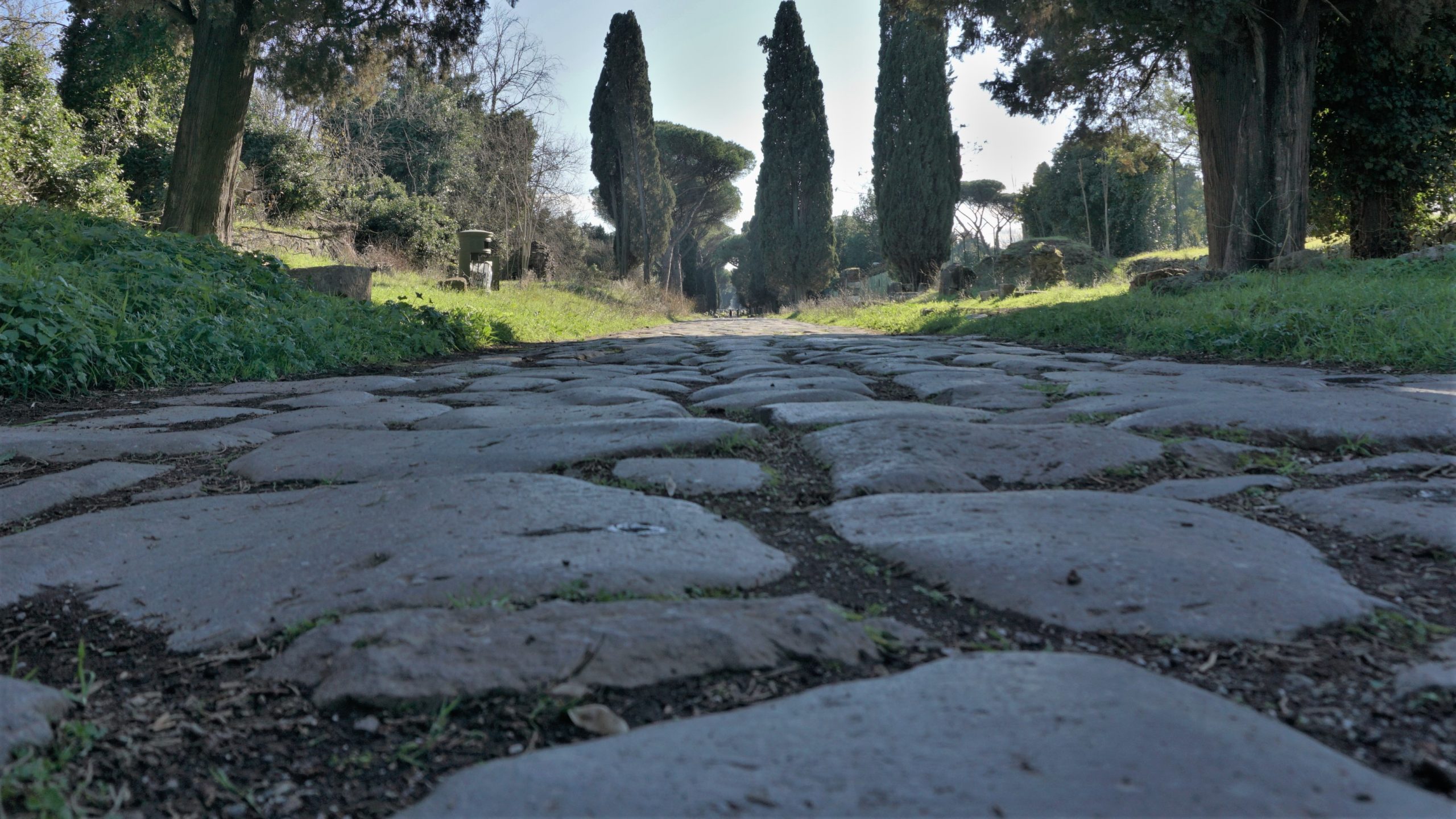 The road is lined with precious tombs, impressive vestiges of Roman villas (above all the Villa of Maxentius and the Villa dei Quintili) and deep catacombs (San Sebastiano and San Callisto are the largest). Everything conveys a bucolic atmosphere, which has inspired artists and travelers since the time of the Grand Tour. 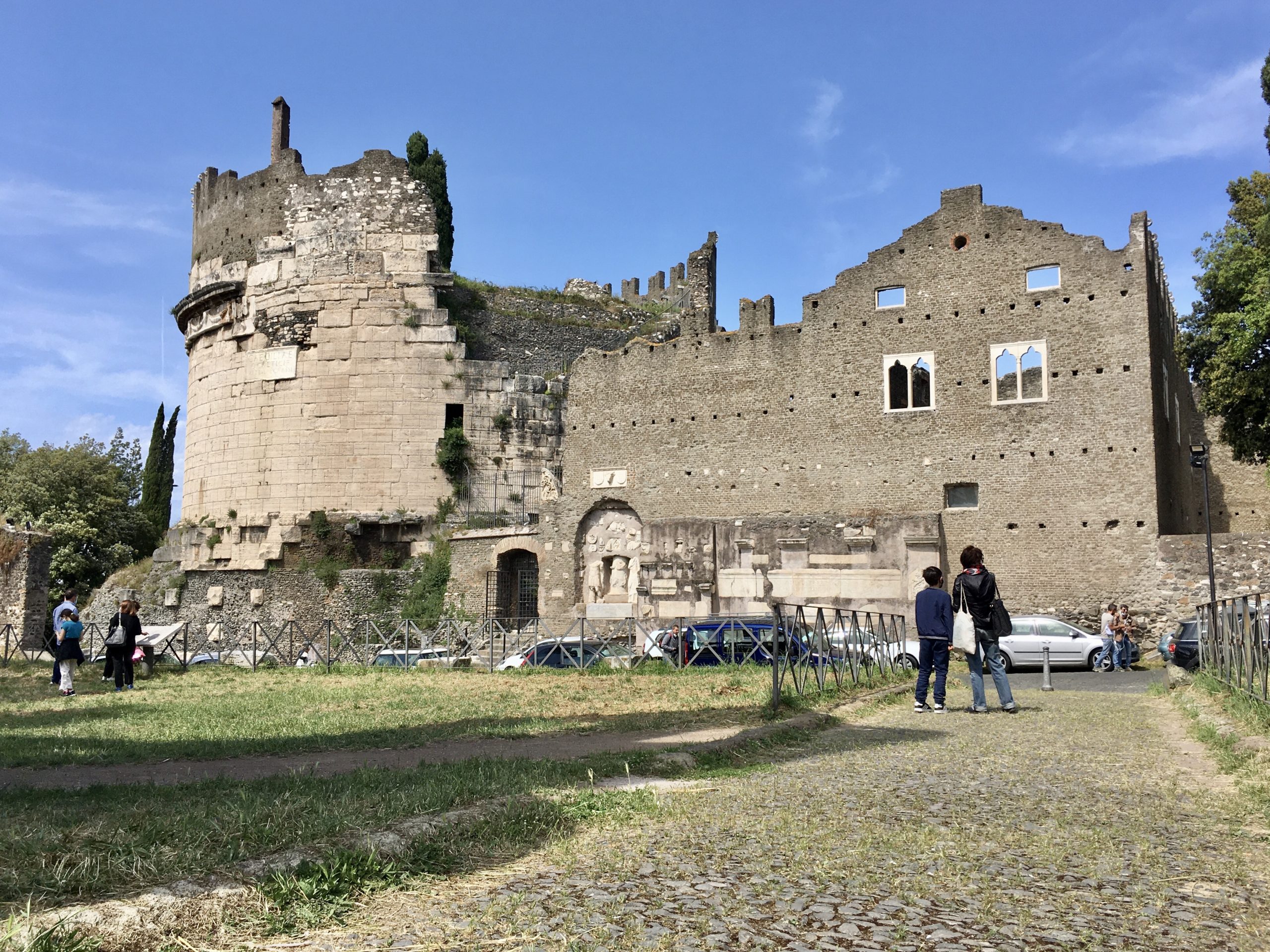 The Tomb of Cecilia Metella is one of the most iconic places in the entire park.

Visitors can now rent bicycles along the Appian Way, book a horseback riding experience, and savor the ancient Roman cuisine in local trattorias.

The Aqueducts Park is a sheer magical place, lying on the border between the Eternal City and the Roman countryside.

Crossed by the ancient stone giants and embellished by an unspoiled nature, the Park immediately projects the visitor into a dimension beyond time.

It is the ideal place for a walk at sunset or a bike ride, taking advantage of the connections with the Appian Way and the neighboring Tor Fiscale and Caffarella Parks.

The neighborhood inhabitants have struggled hard to protect the rich Caffarella Valley from the threatening advance of building speculation, which has deeply marked the southeastern part of Rome.

So they founded Caffarella Park as an extension of the larger Appian Way Regional Park.

Here a lush and wild nature reigns (over 200 hectares), which is enriched by the ancient river Almone that crosses the entire valley.

The park is enhanced by the remains of ancient Roman villas, farmhouses and sacred springs.

The Park of Tor Fiscale is one of the smallest expansion of Appian Way Regional Park.

It extends for about ten hectares and is well-connected to the nearby Park of the Aqueducts, of which it seems to be an offshoot, or – better – an outpost, given the imposing presence of the Fiscal Tower that has dominated the area for almost a thousand years.

The tower is a powerful piece of military architecture serving agriculture, today it stands magnificently between two ancient aqueducts.

As lovers of Rome – before being Tour Operators – we are delighted to organize guided tours of the Appian Way Park. The goal is to convey the beauty of a unique place in the world, of which we feel proud guardians.

We are therefore at your complete disposal to organize private tours among the wonders of the ancient Aqueducts, to discover the tombs of the Via Latina or along the Appian Way, from the gates of the Eternal City to the majestic remains of the Villa dei Quintili.

We can design together personalized itineraries for small and large groups, both on foot and by bicycle.

How to safely travel to Rome with children during Covid-19

Are you tirelessly surfing the web to better understand how…

Rome walking tours for Families: our 5 best tips for Summer 2020

A walking tour in Rome is always a great idea:…