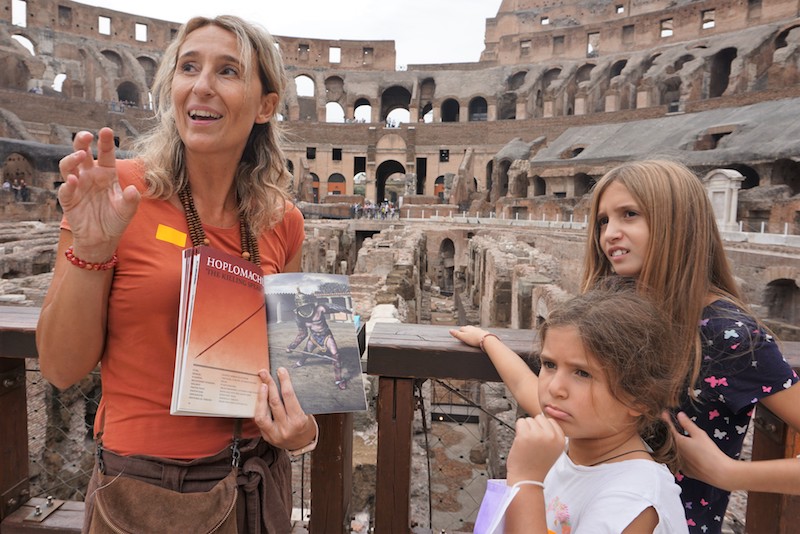 Colosseum family tour? Don’t wait “till the children get older”! Ancient Rome can be discovered superbly in a half-day tour. A fun experience for both kids and grown-ups!

A child-friendly tour guide can avoid tourists’ crowds and draw the kids’ attention, keeping them engaged while they stroll through the hugest Roman Empire tourist landmark. But especially, our storytellers can share the history and facts of the Colosseum for kids and make them feel right in a movie or a novel.

Put your family in the shoes of Gladiators, as they prepared to fight giant exotic animals or feel them like sitting right in the audience, next to the Emperor. Ancient Rome for family is a journey to experience! 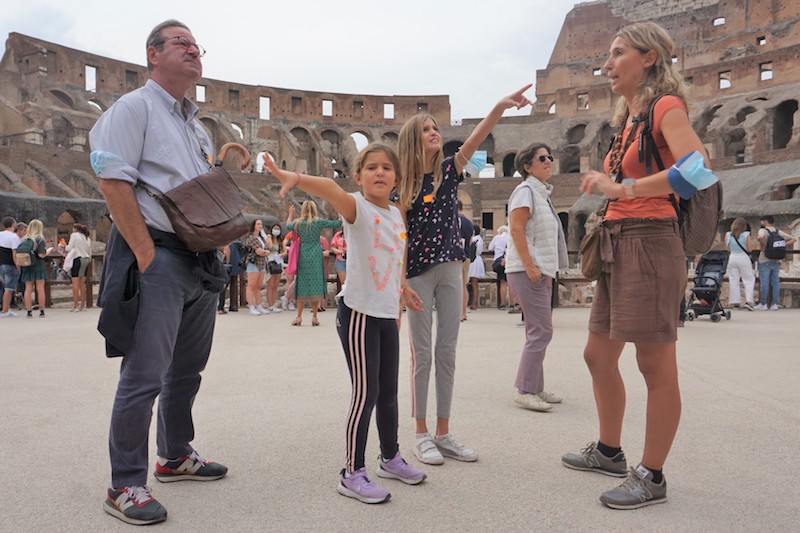 On our dedicated child-friendly tours, your kids will learn the history of Ancient Rome and its main facts: here are some foretastes!

Everyone has heard once from history classes, books or movies how gladiators battles unfolded, but very few kids lived the experience to trace their footsteps by touring the underground part of the Colosseum.

Does your kid like watching sports? Is he a fan of a particular team and cheers on it every Sunday? Well, the same did the Ancient Romans in the Colosseum!

Under the sand Arena floor, a thick tunnel system was used to store wild animals and host the gladiators, who waited here to meet their fate. This part was called the Hypogeum. Led by a qualified English-speaking tour guide, you and your family can get to know all the incredible events taking place here and become a gladiator for one day.

Enter the arena floor through the gladiators’ gate and feel what it would have been to show yourself in front of thousands of excited visitors. Head back in time to visit one of the world-class historical highlights and sports arenas – the Colosseum. Let the games begin!

| Keep reading: What family tours in Rome can’t miss out: being a gladiator for a day |

There are so many Rome family tours and Rome tours…

Things to do in Rome with Kids: the Ultimate Parents’ Guide