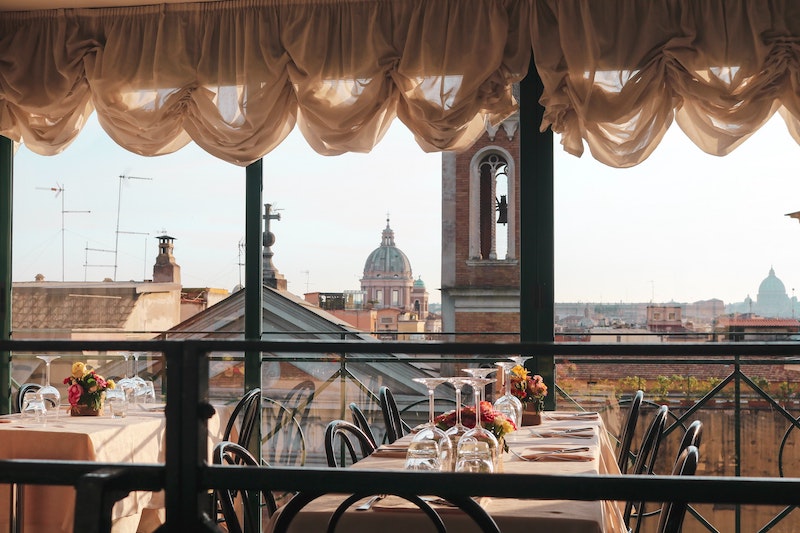 It’s no secret that the Romans were inventors, engineers, and creators. They built bridges, aqueducts, and long roads through the Empire. Their technology was modern for the time, a real trendsetter. But the Romans didn’t always make big, groundbreaking inventions. For example, they were also creative in the kitchen, using the ingredients around them to create unique tastes. All of which you can try during the best Rome food tour with us.

The first recipe book dates back to the Romans, after all. It’s the book by the famous chef Marco Gavio Apicio between 14 and 37 AC, called De Re Coquinaria. Among the many ingredients, Apicio loved using herbs, vegetables, shee, and goat meat. That’s where the roots of the abbacchio are, a traditional lamb dish. But this isn’t the only fun fact about food culture in Rome, both ancient and more recent.

The main ingredients of this traditional dish are: spinach, Parmesan cheese, and pepper. So, simple yet delicious. While there are many different variations with different stuffings, these ravioli are the original ones. Original, meaning 100% Roman. The ravioli might not be Roman per sè, but the idea of adding spinach to the recipe comes from a moment of genius from the capital.

Experts have found proof that a local family decided to use spinach for their ravioli towards the end of the 1700s. This family found it so delicious, they even wrote it down. The Roman ravioli are a perfect dish to try, even for vegetarians, who can enjoy a sustainable and fresh plate during their Rome food tour.

In Italian (in case you need to ask for it at the restaurant), it’s called: stuzzicadenti. It’s a simple little thing, isn’t it? Yet, before the Romans, it didn’t even have a name. And, just like with everything during ancient Rome, its material depended on the social class. For example, the wealthy part of the population or the royals used the silver version. While everyone else stuck to the wooden version of the toothpick, which was called “pinna” (fin).

There are a few ingredients that every traditional Roman dish needs: pepper, salt, and rosemary. Spices and salt were already used during Ancient Rome, when there weren’t any other preservatives. They also used them to give a new taste to their plates, adding ingredients such as parsley, zaffron, turmeric, and ginger. According to testimonies found by historians, the Romans used over 100 spices when cooking, but they also used them for their perfumes and beauty products.

On the other hand, salt was a different story. In fact, the Romans used it also as a form of payment, as a medical cure, and for their religious rituals. So, during your Rome food tour, make sure you appreciate the subtle and strong flavors, made of ancient spices and salt.

| Keep reading: if you are joining a Rome food tour, these are the 5 recipes you must try |

This is a 100% Roma term which you might recognize in Italian: pinzimonio. And it connects directly to the use of spices and salt in the recipes. The cazzimperio is a mix of some of the most beloved ingredients such as pepper, basil, parsley, and rosemary. There are different variations too, which can include sage, oregano, fennel seeds, or celery. However, three ingredients are at the base of them all: grounded pepper, olive oil, and salt.

Each of these ingredients is crucial to the local recipes, like the Roman artichokes, and local markets still sell the cazzimperio. The word in itself has a history. In fact, experts believe it comes from two terms: “imperio” and “cazza.” The first word refers to the gesture of seasoning the food, which is grand. On the other hand, the term “cazza” refers to a tool, the ladle. Combined, these two elements make the cazzimperio.

| Keep reading: interested in food and nightlife in Rome? Check out our experts’ tips |

While pasta and pizza are famous worldwide, Roman cuisine is made of more ingredients. For example, the offals. Every part of the animal that isn’t the premium cut can go on the plate. This includes livers, tongue, and the tripe. These parts of the animal are called “Quinto Quarto” and they are often categorized as “poor cuisine,” meaning the food that poor people used to eat. However, the offals have become a delicacy.

So, the Roman cuisine has much to offer and it’s filled with history and curiosities. Did you know any of them?

The best way to experience all of these flavors and the best the city has to offer is with a Rome food tour. At You Local Rome, we take you through the best Roman neighborhoods. And tasting is included.

Rome walking food tour to Rione Monti will lead you…

The Rome food tour Jewish Ghetto will lead you through…

Rome, the Eternal City and a Foodies’ Capital! When it…