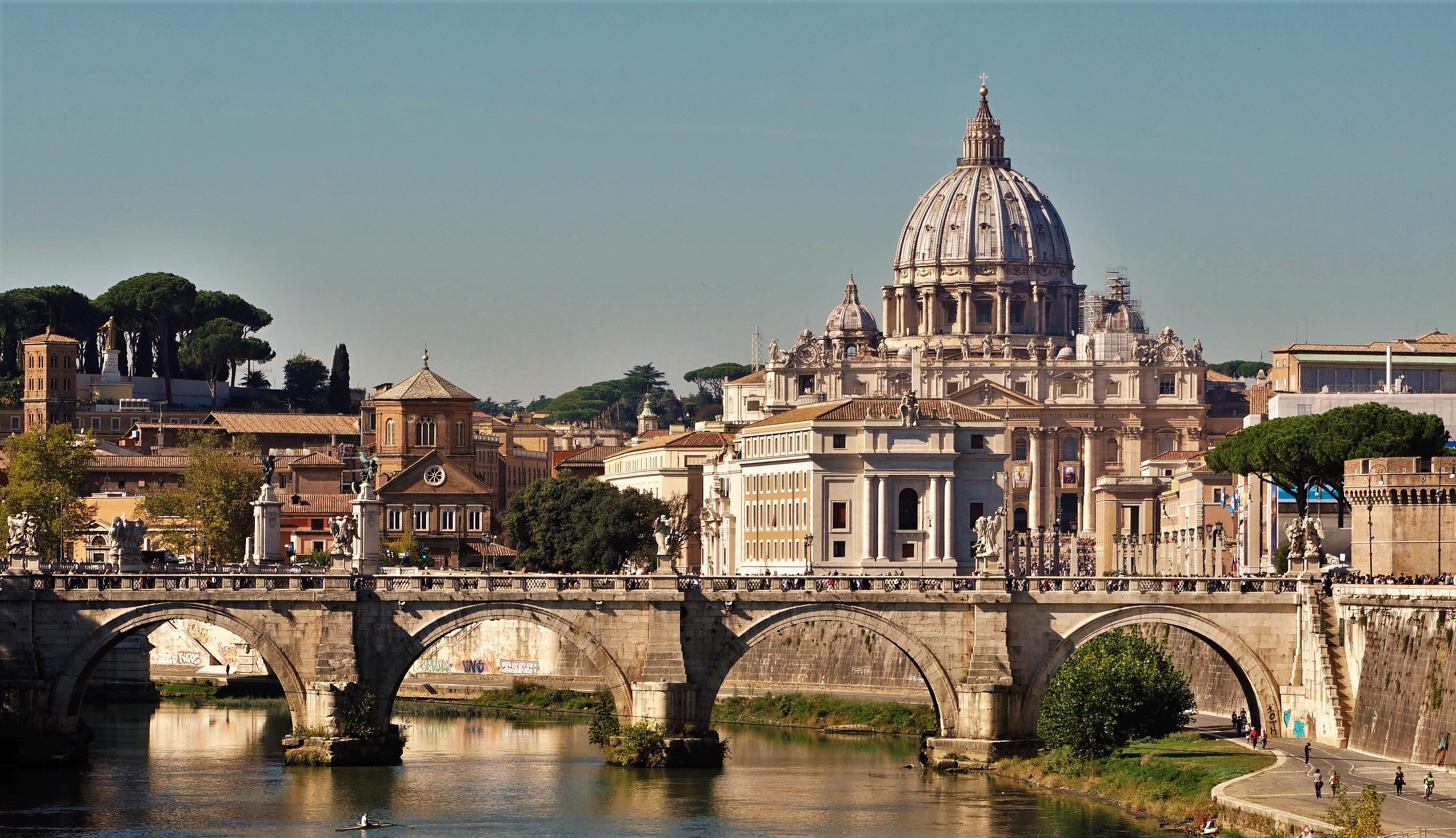 It may be the world’s smallest country, but Vatican City is absolutely packed with amazing attractions. There’s plenty to see and do in this tiny city-state to fill a day. One of our favorite activities is a St. Peter’s Basilica dome tour.

The residence of the pope and one of the main locations in Christianity, the Vatican is a must-visited destination in Rome. On our Vatican City walking tours, visitors get to explore the Vatican Museums, St. Peter’s Basilica and Square, and the phenomenal Sistine Chapel.

Why You Should Go on a St. Peter’s Basilica Dome Tour

The St. Peter’s Basilica and the Square in front of it are the very heart of the Vatican. It’s where believers gather on major Catholic holidays to see the Pope who appears and often speaks on the balcony.

St. Peter’s is a massive masterpiece of Renaissance architecture, designed mainly by Michelangelo, Bramante, Bernini and Maderno. It’s the world’s largest church and one of the holiest places of the Catholic Church and Christianity in general.

This is the supposed final resting place of St. Peter, Jesus’ chief apostle and Rome’s very first bishop. Large enough to hold 20,000 people, the marble-and-gold St. Peter’s Basilica is famous for its bronze altar canopy by Bernini and the marble Pieta Sculpture by Michelangelo.

The dome itself is visible from many places throughout Rome, but as you get closer to the basilica, you’ll notice how grand and majestic it actually is. While many iconic artists, architectects and designers helped create the masterpiece that is the St. Peter’s Basilica, it was Michelangelo alone who designed this gorgeous dome. It’s one of the largest domes in the world!

Visitors can climb to the dome’s top and enjoy amazing views across Rome. The stairway up consists of almost 500 steps in a rather dark and narrow stairwell. This can feel a bit claustrophobic at times, but always remember that the views will make it all the more worth it.

At the top, an amazing panoramic view of the Eternal City takes in many of its famous landmarks. You’ll also have a fantastic view of St. Peter’s Square stretching out below you.

You’ll have the best chance to find those highly coveted tickets with locally based, experienced operators like You Local Rome. Our St. Peter’s Basilica & Dome Tour allows you to explore the wonders of the basilica and climb the dome with a fantastic local tour guide.

That local guide will share the secrets behind the Burial of Saint Peter, Bernini’s Baldachin and Michelangelo’s Pietà and will answer all your questions about the history of the Popes and the Vatican State.

Our tour is especially popular among families with young children, both because of the guide’s kid-friendly attitude and the fact that it lets them climb a huge dome rather than bore them in the Vatican Museums halls.

Testaccio, Trastevere or Campo de’ Fiori food tour? Here’s how to pick one

People don’t always have time to find info on what…

Are Your Guides Locals from Rome? A Question to Ask (When Picking Your Next Tours)

If you ask everyone here at You Local Rome, and…